A True Story about Aluminum-Free Deodorant vs Antiperspirant Deodorant.

You can also ready about why we later started making a magnesium deodorant… the story might surprise you!

I never could have anticipated the response when someone at the farmers market asked me if I knew why they switched to natural deodorant. I suppose I expected something like: “It works” or “It’s natural.” What I didn’t expect was:

I’ve never been a great conversationalist, but is there a proper response to that statement? Thankfully my customer was kind enough to continue despite my awkwardness.

“What nobody knows, is that after you die your armpits turn bright blue.”

People should preface things like this with “hold on–things are about to get morbid.” It would really help me maintain proper expressions. As it was, I gasped in horror.

“All the aluminum build up from their deodorant causes the skin to turn color.  Once my professor confirmed the cause of the blue color for me, I started looking for a natural deodorant alternative right away.”

“You mean they KNOW this and nobody says anything?”

“Oh yes! They act like it’s common knowledge. Even joke about it, and they all just keep using the same deodorant.”

What science knows but doesn’t say: 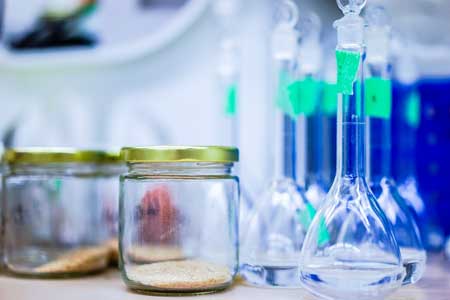 While I hopefully never have to witness blue armpits, what I can tell you is that science knows more than it says. We all know that MOST cosmetic products, including deodorants, are laced with toxins. Things like parabens, sulfates, phthalates, and others have links to hormone disruption, fertility issues and cancer.  But did anyone actually stop to think about HOW an antiperspirant works?

Most antiperspirants work through the use of aluminum. The aluminum is absorbed by your skin cells which causes those cells to swell. The swelling actually closes off the ducts to your sweat glands meaning you physically can’t sweat.  Because the aluminum also gets into the ducts of the pores, it creates a physical plug as well. This makes it even more impossible for the sweat to pass out of the body.

There is a ton of controversy over whether or not aluminum actually causes damage and contributes to cancer and Alzheimers. I’m no scientist but here’s what research I have found.

#2 Aluminum is absorbed and affects your organs!

The FDA recently changed labeling requirements to state that aluminum deodorants should be avoided by those with weak kidneys.  They have proof aluminum IS passing through the skin to the bloodstream. And it’s in high enough levels to cause kidney damage. If it can get in the blood, it can reach all parts of the body.  Recently, studies of the brains of Alzheimer’s patients found that they had higher than normal levels of aluminum in their brain tissue.

Several years ago more than one study was released showing a link between aluminum and breast cancer.  Since then it has become a hotly disputed controversy. However, research does prove cellular mutations, and RNA damage in the presence of aluminum. Aluminum is also proven to pass through the cell wall into the cell where many vital functions are performed.

#3 Aluminum gets into your cells and stays there!

You can see a cross section of cells carrying aluminum particles in them in the image above and in this study.  The study analyzed the aluminum when used as an ingredient in vaccines.  Apparently, the aluminum is needed to increase the longevity of the vaccine since it helps carry the vaccine elements into the cells where it can stay for years or even decades.  Watch how aluminum in vaccines work:

I personally find it hard to believe that all those aluminum particles floating around inside are leaving the cells undamaged. And the video above seems to conclude that aluminum did damage to the rats. It’s no secret that damaging genetic material in cells is what causes them to become rouge cancerous.  After watching the video, we also know that the damage caused by the aluminum does not go away or get repaired quickly because it is absorbed within the cell itself.

Fun fact: Aluminum ions in the soil is what makes hydrangeas turn blue… a clue to the mystery of the blue armpits.

Why you should sweat it

In the middle of trying to paralyze, swell and plug up sweat glands did anyone stop to ask WHY? I get it… I don’t like to be wet either, but the body shoved over 3 million sweat glands into our armpits for a reason– and I don’t think it was to annoy me.

The truth is multi-fold. All sweating cools us down and regulates body temperature. Because the armpit is full of blood vessels that are close to the surface, it is a great place to sweat off some heat.

Your armpits also have a special type of sweat gland to produces a more oily sweat. This sweat contains excess androgens (the hormones that are responsible for puberty stench.) and lymphatic material. These special sweat glands are responsible for helping the lymphatic system dispose of toxins and debris.  As a matter of fact, your armpits contain the highest concentration of lymph nodes of anywhere in the body. The left side in particular is responsible for handling a high proportion of lymphatic matter for the entire body!

Switching to natural deodorant can lead to your body going through a detox, which usually manifests itself as a non-irritated rash predominantly under your left armpit.

Lymph is the body’s waste system responsible for eliminating “trash” from the body. Not exactly the thing I want to “shut down.”  Paralyzing the waste disposal system seems a bit like watching the trash can overflow. Anyone in the house can tell you how happy THAT makes Mom!

But seriously, I don’t want to live on the outskirts of society. 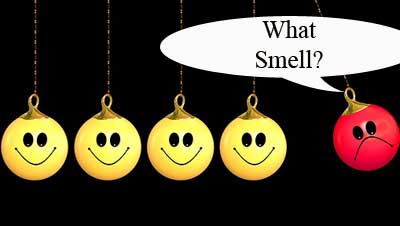 We all know *someone* who has opted to live the “natural lifestyle” and forego deodorant altogether, much to the dismay of anyone with a nose. I can’t do it. I don’t like smelling myself, and I can’t ask my loved ones to put up with my smell either. Fortunately, stink and sweat are not synonymous. While sweating might be important to many different body functions, stinking is not!  It is actually bacteria feeding on different elements of sweat and essentially fermenting it that causes the awful sweat stench.

Therefore, controlling these bacteria allows the body to sweat without the stinky byproduct. Meaning you can actually live normally without having to stop your body’s sweating process. Several natural alternatives work well for controlling these bacteria. Many essential oils have antibacterial properties. In addition, healthy oils like Coconut and Olive oil can also combat bacterial growth. Baking soda and other salt based deodorants work by changing the pH of the skin, thus making a less favorable environment for bacterial growth.

To be honest, making our own deodorant was not the most important priority for us when we started living a more healthy lifestyle.  Over a period of months and years, we found too many potential health problems in conventional deodorant ingredients to ignore the problem any longer. Disputed or not, the potential consequences are devastating and permanent. With a house full of kids, we have every reason to avoid those issues if we can. Using a natural alternative to avoid the unpleasant stink without compromising body function was an easy choice for us. Pitt Stop Deodorant was the result of our natural deodorant quest. It fit the bill for a hard working, farm tough, safe alternative.

The Pitt Stop Sensitive Skin formula is baking soda-free and lasts like a typical deodorant (18-24hrs).  The Regular Strength deodorant has a little baking soda, but because our base recipe is so strong, this formula has consistently offered up to 48hrs of stink protection.

Whether it be children, blue armpits, or something else, I guess we all have our reasons for choosing all natural deodorant.  What’s your reason for avoiding the Deodorant Blues?  (Get it now?) 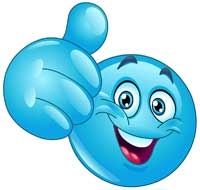 Feel free to share your stories with natural deodorants and any research we did not include in the comments section below.  We would love to hear from you!

Blog
About Us
Fundraising
Become a Wholesaler
Become an Affiliate

Scroll back to top

Free Shipping for all orders over $45! Dismiss

Chat with us
Chat with us
Thank you for contacting Free Reign Farm. How may I assist you today?
End chat
Connecting...
None of our operators are available at the moment. Please, leave us a message!
Our operators are busy. Please try again later
Welcome to Free Reign Farm! If you have any questions, we would be happy to assist you.
This chat session has ended
Was this conversation useful? Vote this chat session. Good Bad
X Close