I’m not sure anyone has ever walked up to a scarier looking property than ours when we bought it. If they did, I promise you they left faster than cats run from water. Bits of black top poked through the weeds identifying what used to be a driveway. A roof line loomed over the top of briar overgrowth so thick the house wasn’t visible.  Poison Ivy guarded the front door. If you made it past all that, you had to be careful not to slide across the landing. It sloped sharply downhill to a hole that dropped into the cellar. The ceiling draped from the rafters, touching the floor in some rooms. I counted six layers of carpet… which had apparently been laid AROUND furniture. The result was a rather odd patchwork pattern on the floor.  Some delirious individual with Easter Egg purple paint decorated the walls, ceiling, and yes, even the bathtub with sponge “artwork.”  A hole the size of a small pond graced the living room ceiling. No heating,  no pipes, windows that rattled as you walked across the floor, filth, dead “wild life”, a water heater-turned giant bee hive, and years of tobacco stain just added to the charm.

Before we left, a neighbor felt the need to educate us on the home’s history. A string of drug users and their deaths (in the house of course) followed by a foreclosure, a bad storm, and a giant tree knocking a hole in the roof. This hole remained open to wind and rain with the decaying tree on top of it for two years before the bank fixed it and slapped up the sale sign. Can you hear the cats running away yet?

Me? I signed a offer.

I’m sure whatever banker got our offer laughed so hard he fell off his chair when he signed that deal. I didn’t care. I saw home and a little piece of ground. Two days after closing I loaded a Volkswagen Beetle with 5 dogs, 22 chickens (whom I’d been hiding in the storage shed in town) and two people and off we went. I can only imagine what the neighbors thought-but then anyone who would buy this place was bound to be a little crazy. There was a cinder block building on the property that had electricity and a complete roof with running water so we made the decision to live in that “barn” while we fixed the house. After all, it’s July and it won’t take THAT long.

Six layers of carpet revealed what used to be hardwood floors… could have passed for driftwood now. Layers of paneling (4 to be exact) revealed cracked and crumbling plaster. It took three months of twelve hour days before the house went from looking like this: 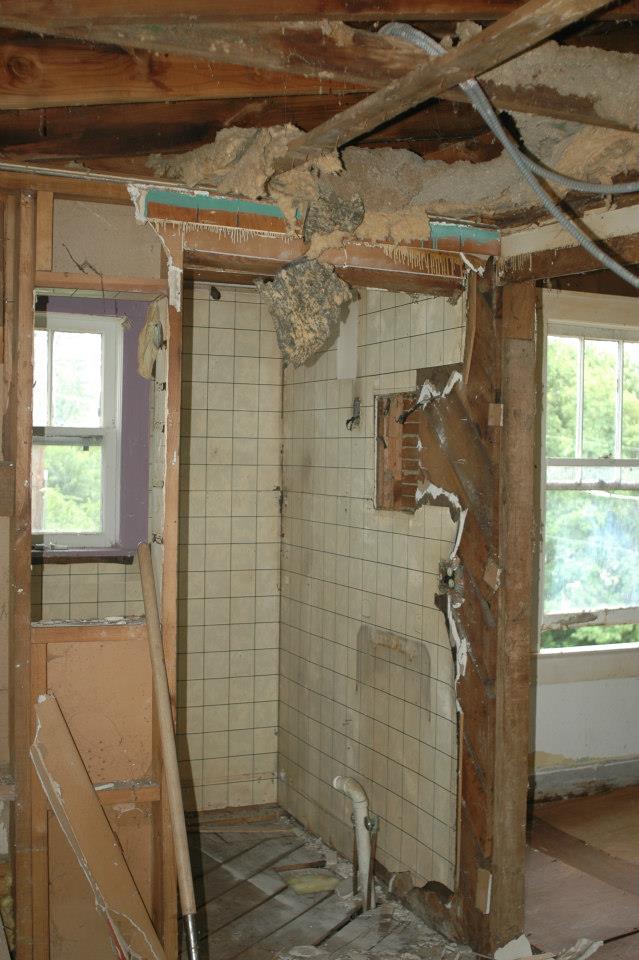 to looking like this: (note gaping holes in subfloor) 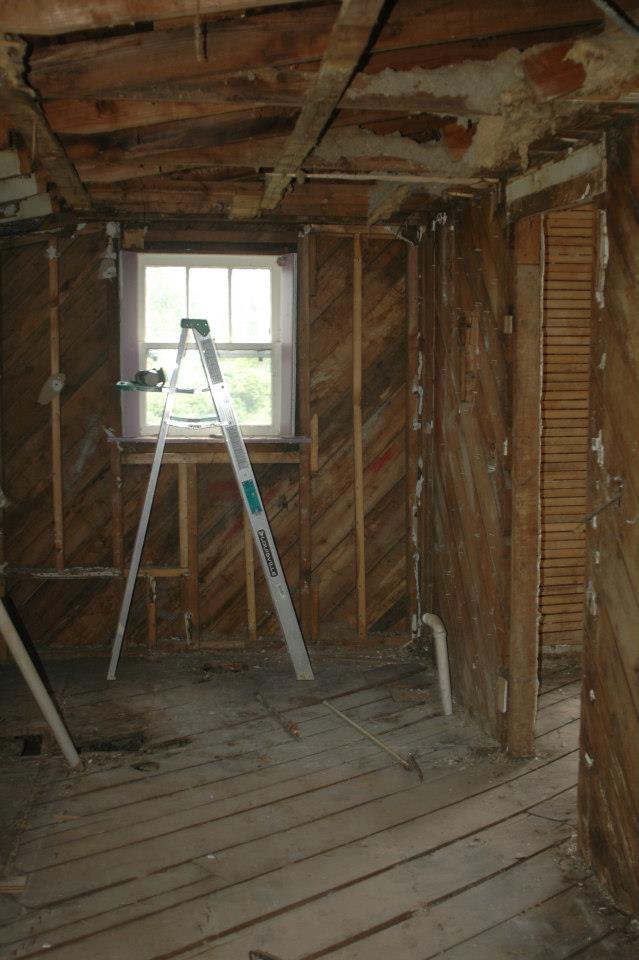 a couple more months of twelve hour days found it looking like this: 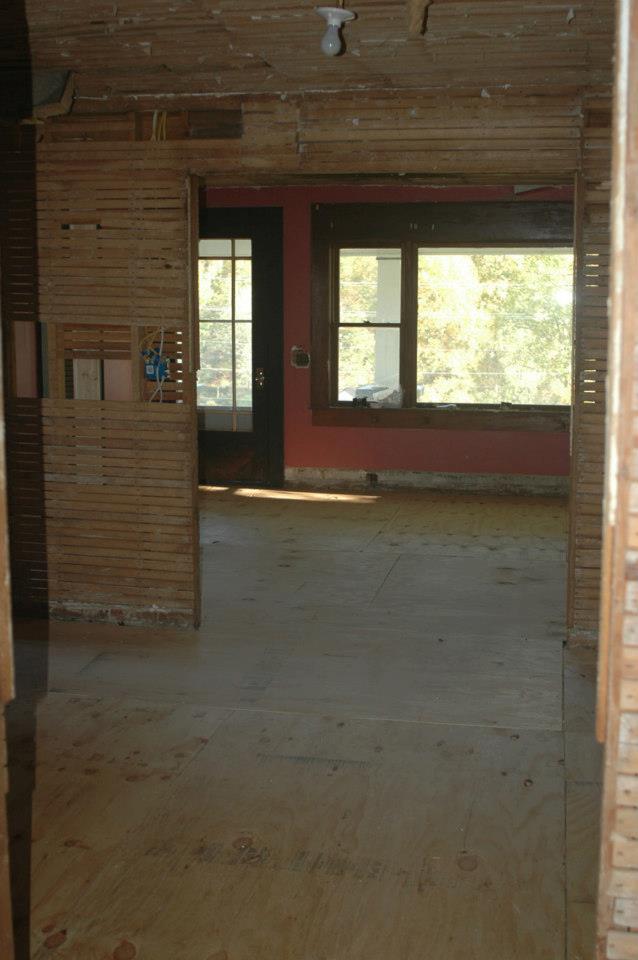 Ok, so there’s still holes in the ceiling but at least you can walk without fear of paying the cellar an unexpected visit.

Ice in the Toilet

By November the cinder block barn wasn’t nearly as fun to live in. There was of course, no heat and concrete holds the chill quite well. (Why don’t they make freezers out of cinder blocks? Seriously!) The windows were… ahem, incomplete. (broken is such a harsh word) I can remember watching the first snow of the year blowing across my bed through the broken glass. I took to sleeping in a sleeping bag with my Carhartt on. (Ask hubby how much he liked THAT look!) By Thanksgiving the toilet bowl was freezing over every morning. If ever a girl needed motivation to work harder… that was it! By Dec the house looked like this: 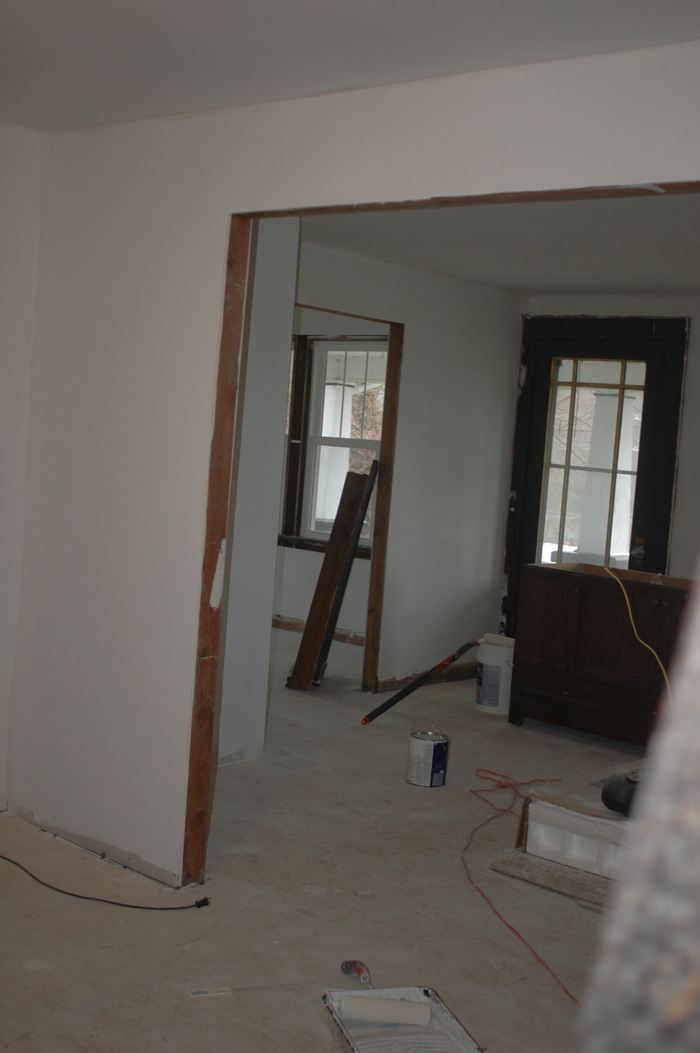 After the coldest winter and most grueling eight months of my life, we finally moved into a house that looked like this: 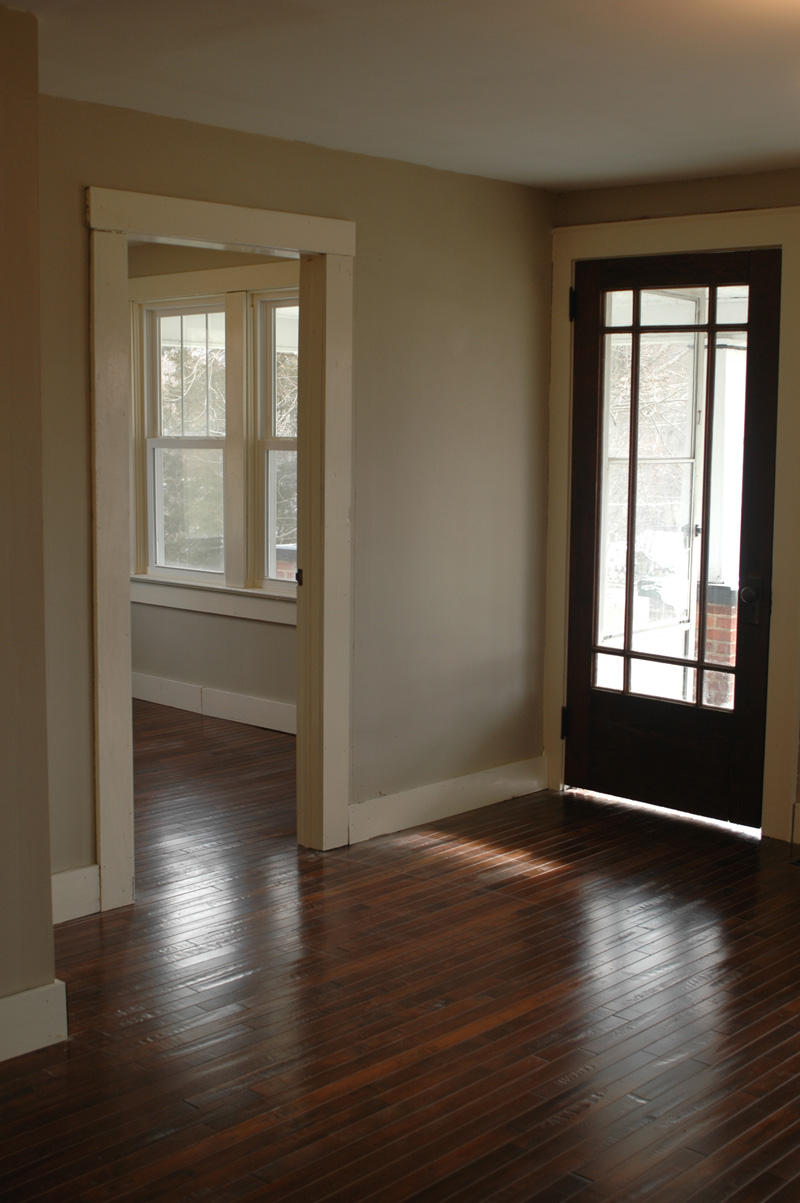 So what kind of fools live in a barn without heat, and take on projects that even the tax assessor says should be burnt down? The kind with a dream. A lifelong dream of farming on a little piece of land and living a simple, more natural lifestyle. This property, because it was “unlivable” gave us the opportunity to buy land completely debt-free. We practiced a lot of reclaiming, recycling and doing-without (try cooking without counter tops for 6 months) to make the dream a reality.

However, the house was just the beginning… because you see, every farm needs a pasture and unfortunately it still looked like this: 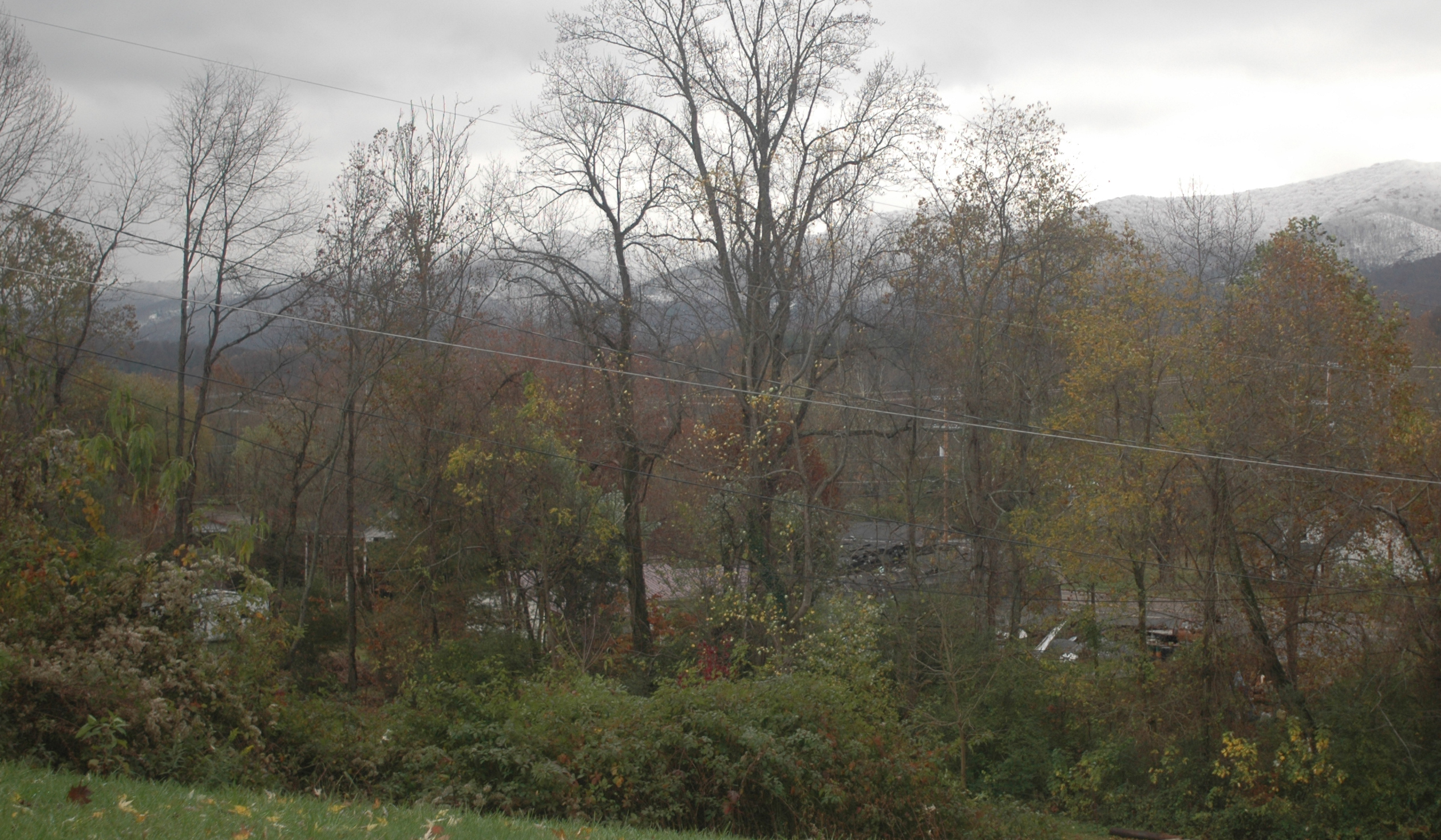