There’s a fresh surge in interest surrounding clean, sustainable and local food sources, due, I suspect, to the conditions created by the pandemic. The truth is it should have been of interest all along. For decades the food system has been feeding us chemical laden, nutrient depleted food that’s raised the cheapest, fastest… and unfortunately,often the most inhumane way. The flip side of this is what no one ever gets to see… the struggle… the heart ache… it’s not all beautiful animals on lush pastures and prairie skirted maidens collecting eggs. Allow me to share a bit of our experience with you.

Tip #1: Raising your own = Clean Chicken

Several years ago–seeing the need for clean, humanely raised food we started raising our own animals for meat, eggs, milk etc. We raised pigs, goats, sheep, cattle, chickens, ducks, geese, rabbits, turkeys… I’m sure I missed some but you get the picture. For this discussion we will focus solely on chickens. We wanted to raise clean, antibiotic-free, pastured organic chicken without the fillers.

We started with 100 broiler chicks shipped in from a reputable hatchery. 10% Arrived dead in the box. Undeterred we put them in the brooder and ordered expensive non-gmo feed for them… no one sold it locally so we drove 10 hrs round trip to pick up the feed 2000 lbs at a time. We quickly discovered that broilers are masters of suicide. They drowned in the water. They got “lost” in the brooder and lay down to die. They pile on top of each other and suffocate. The rodents find and eat them. We adjusted lights, heated entire rooms to 90 degrees,  and changed the water systems to things they couldn’t drown in. We made the building tighter than Fort Knox to keep the rodents out. We also discovered that no matter how clean we tried to keep it, the birds would get intestinal parasites and die. Typically antibiotics would be used to keep them alive. We bought apple cider vinegar and garlic by the barrel full to add it to their water and keep them healthy naturally.

Tip #3: Broiler chickens are fragile outside

When they graduated outside it got worse. We discovered “chicken tractors” didn’t work on our Tennessee hillsides. The wind blew them, they slid down the hills, the water was on such a angle the birds couldn’t reach it. We switched to portable shelters inside of electric netting. The birds got caught in the netting and died, they wandered too far from the shelter and laid in the hot sun and died, they refused to go in the shelter when it rained and would get pneumonia and die. The owls ate them. The coons ate them. The hawks ate them. We checked on them 4x daily. When a storm came we ran to gather them by hand and put them in the shelters. We picked up parched birds and syringed them water. We kept alert to stressed chirps for one caught in a fence(no longer electric). We purchased and trained guard dogs to keep the predators at bay.

By the time processing day came we had 30 birds left despite constant effort and attention. It happened to be 95 degrees the day of our processing. We stayed up all night to drive the birds in the cool of night. We had to pay a premium for processing because we brought too small of a batch. In the end we had $1500 in about 120 lbs of chicken. Realizing no one could pay $10/lb for chicken we sold it at a loss, hunkered down the vowed to do better.

We purchased large incubators to hatch the chicks on site so none were lost in shipping. 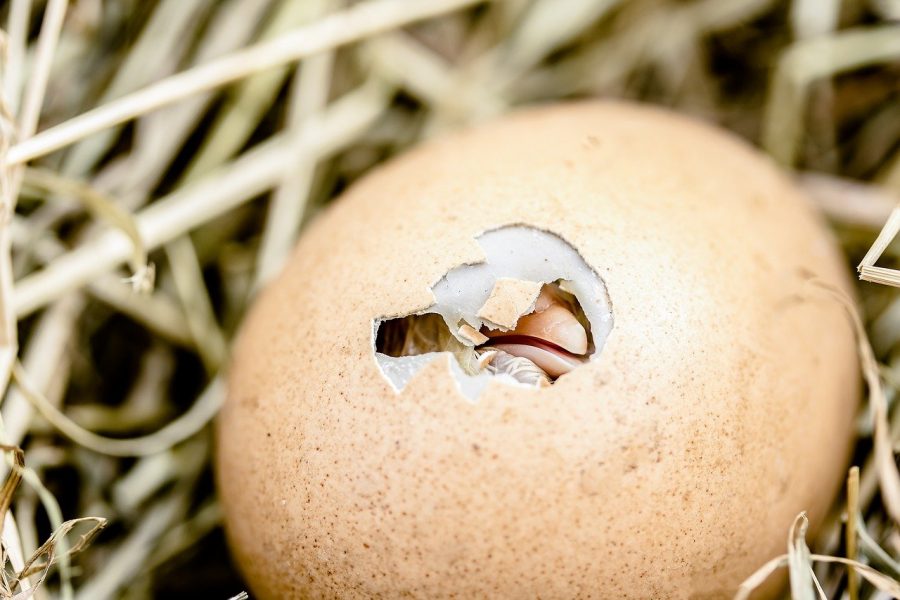 Tip #5: Chicken feed is expensive no matter how you buy it

We found a source for feed that was cheaper, although it meant we needed to order 18 PALLETS of feed at a time.  They weren’t able to deliver it up our road (thank you mountains) so our family of 5 unloaded it all by hand into our truck drove it up the hill and stacked it in a container we purchased to keep it safe from rodents. ALL 36,000 lbs was moved by hand–twice–before it was ever hauled to the birds! We raised enough birds to be sure to use the  grain up and keep us out of the “red zone” on processing day. We started checking 6-8 times per day and one check during the night to try to keep the birds safe. We herded them to new sections of grass every day. For the record: chickens don’t herd well! 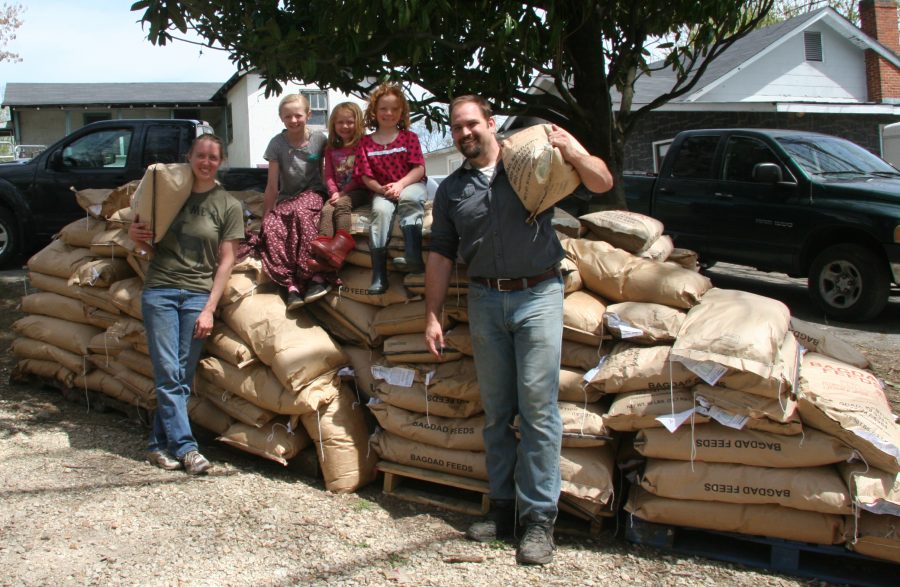 Tip #6: Profit for chicken is low

We did this for several years, some batches were good others bad. We priced the chicken at the top of what our market would support but three years in a row, despite our best efforts, our total profit for all this work was $1000 annually. Then the unthinkable happened…

Tip #7: Pre-selling chickens can cause problems

We had expanded in to  Turkeys and Geese for the holidays and pre-sold them so we knew how many to raise. We set our processing dates months in advance… in many cases before the birds ever even hatched.  Then the processor abruptly shut down–leaving us with hundreds of chickens, pre-sold geese and turkeys ready to slaughter and no way to do it. Our family bucked up and processed the birds by hand… hand plucking feathers trying to keep from a total loss. Our state does not normally allow processing on-farm under the Federal Exemption so this needed to be a one time affair.

There is currently one processor of chickens in our entire state. It’s a 6 hour trip–too far for the birds to survive comfortably. We sold the equipment and shut down the operation. While life got easier, we felt heavily the loss of clean, sustainable meat options. Even “organic” chicken in the store is raised in such a way that it’s not what you would think. Up to a million birds crammed into a building with no or minimal outside access. In many cases the only difference is organic feed, but not beautiful fresh grass and sunshine, not healthy sleek birds but birds who lay in their own feces and can barely stand because they’ve been pushed so hard and fast their legs can’t support them.

Remember this the next time you see a farmer asking $6-$10/lb for chicken. The farmer may be losing his shirt to bring you that chicken. He hasn’t slept well in weeks. He’s moved more tonnage of feed than seems humanly possible and carefully tended and lamented the loss of each bird. If we are truly going to make a sustainable food model it’s going to take a community. People willing to help load the feed, processors willing to process, or facilities willing to rent processing equipment. Farmers willing to grow non-gmo grains so the price and availability will come down… it takes a community… one I fear we may have lost.

**Oh, and if you want to raise a chicken that can survive without so much intense attention, consider switching from broilers to Freedom Rangers…it takes a few more weeks for them to reach the same weights, but they are more active foragers, they move without issue, less prone to pneumonia, and all around are a healthier chicken. 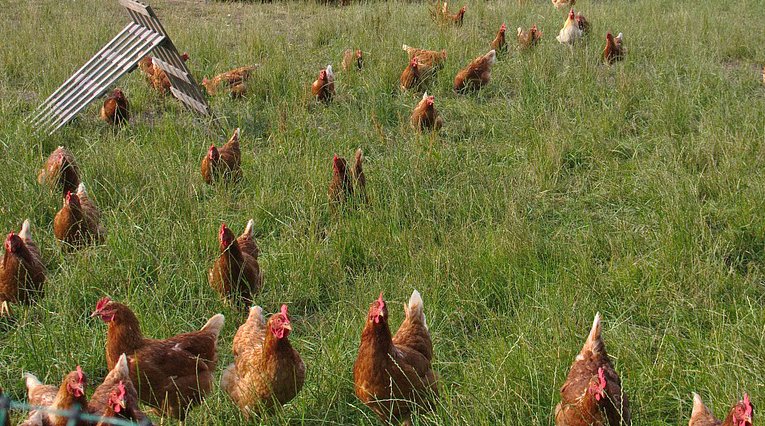