I sat in they lawyer’s office as he drew up paperwork for our real estate transaction. “I put in here a right for electrical inspection…”

“Oh Don’t bother.” I interrupted. “It doesn’t work… I’ve never seen such a mess of wires hanging from the ceiling.” He removed the lines from the text. “And here’s for the plumbing inspection…”

“Oh that doesn’t work either, no need to inspect it. ” This time he glanced and me and removed more text.

“Ok, well, here’s for your pest inspection to check it for termites.”

“Ha! You mean the huge columns spanning from floor to ceiling in almost every room? Yeah, no need to inspect for them. They aren’t hiding!” His eyes grew wide but he made the adjustments to the text.

“The last contingency is for an inspection of the roof…”

I laughed. “If it wasn’t for the daylight coming through the holes in the roof I wouldn’t be able to see in there!”

The lawyer removed his glasses and sat back in his chair. “I’m sorry, I know I have no business asking this but…. WHY are you buying this place?”

It was a question I didn’t dare to ask MYSELF too many times! Despite our history of breathing life back into old homes, this project was unlike anything I’d ever imagined tackling before. The truth was… this tiny neglected building on the down town strip called my name and I was just crazy enough to say yes.

The brick-faced building got it’s start as a 24×24 square shop built in 1945. The Fitzsimmons family built it to house their thriving printing business. They’d been in the printing business since 1876 printing the longest running news paper in Elizabethton. Over the years they added 2 additional sections to the building including a dark room, and lithograph tin type room. Generations of  wedding announcements, birth announcements, and obituaries were all printed in the same shop. Until modern progress took it’s toll and the process became obsolete. The building fell into a miserable state of disrepair.

Somehow I convinced the lawyer to finish that sales contract and we became proud owners of the most horrifying mess I’d ever seen. Seventy years of printed material, ink, paper, sales tickets, receipts, and even text books filled every square inch of the 1600 sq ft building… floor to ceiling. Soaked with rain water from the swiss-cheese style roof, much of the paper became stelagmight-type towers of fodder for termites. Ink mixed with rain water stained every surface… we put our gloves on and started hauling stuff to the truck. 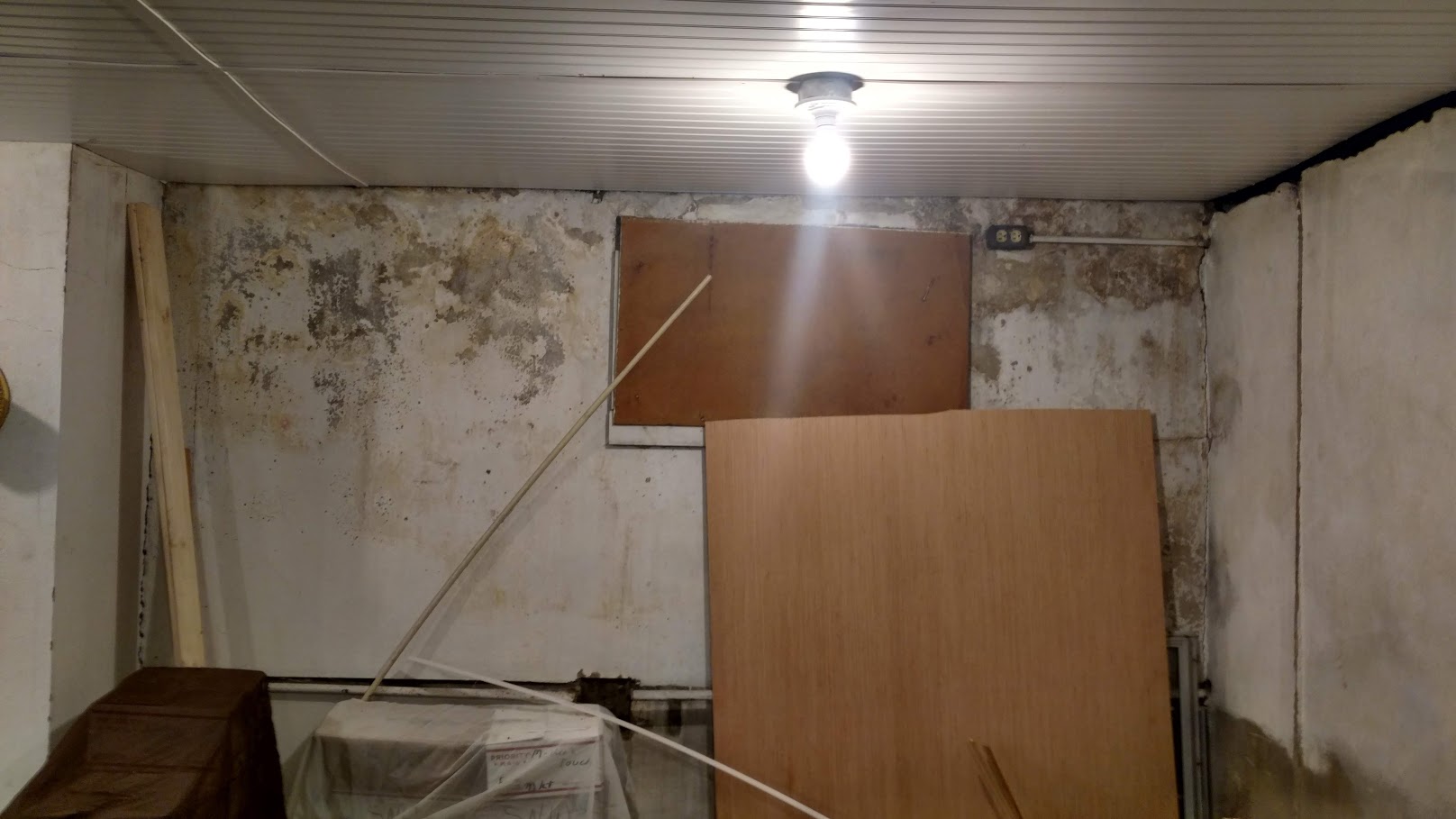 30+ truckloads later we finally removed all the paper. Several antique dealers came through to comb the remains for treasures… printing presses, type drawers, cabinets, tables, tin types, all found new homes. After months of cleaning and removing stuff we finally had an empty shell to start fixing. Step one: CALL THE EXTERMINATOR! 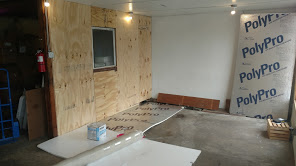 We were finally able to open a TINY section of the building as a store front in 2018. The middle section of the building operated as an office and order filling room and the back housed production. By early 2019 things were tight in our little rehab project building. We were given the opportunity to purchase the neighboring building with the idea to move production and order filling over there. Except it looked like this: 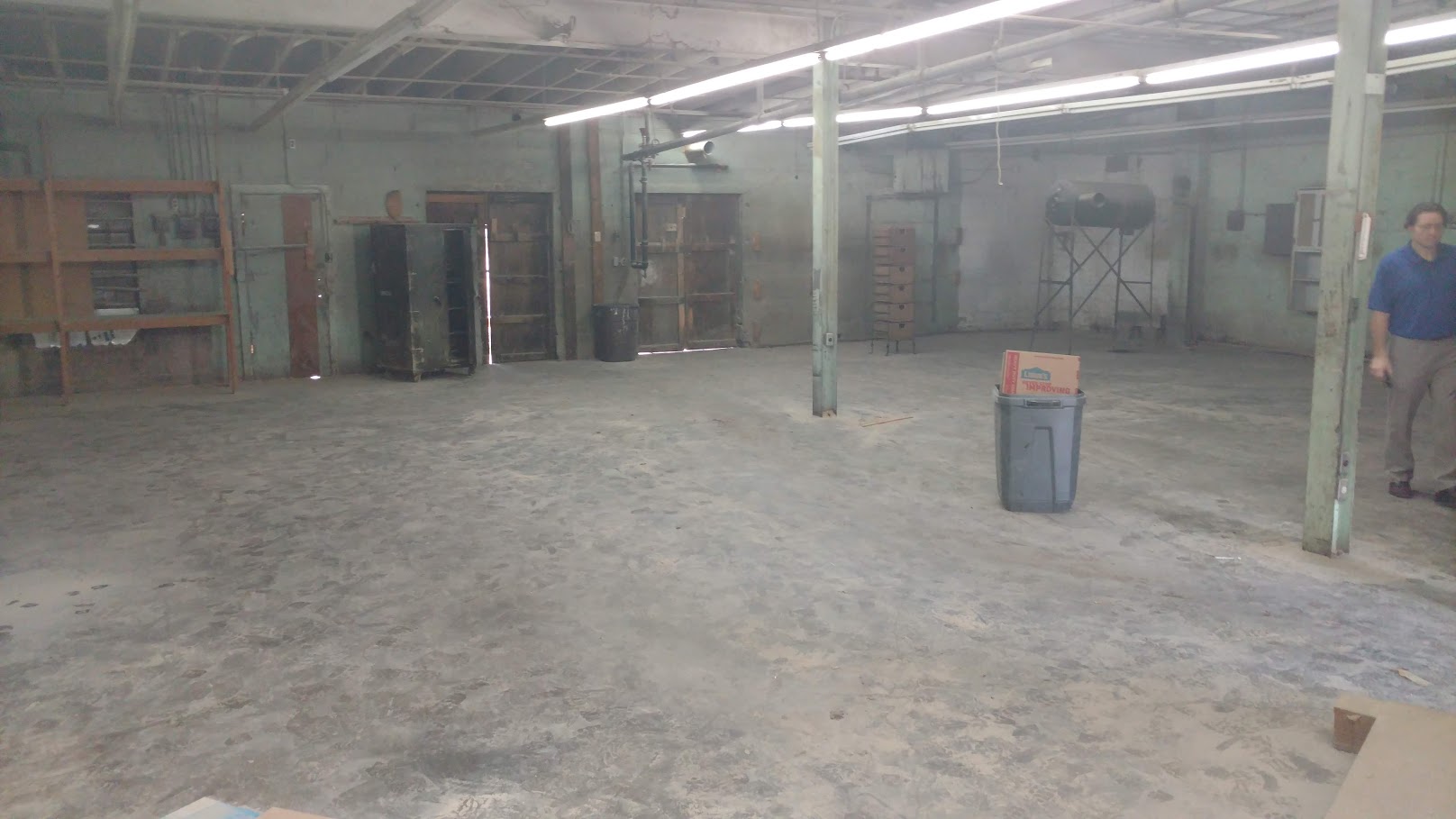 Can you say DEJA VU?

We set to work cleaning, painting, and updating the would-be production building. We worked on it for almost a year. But 2020 held curves we never could have planned for. 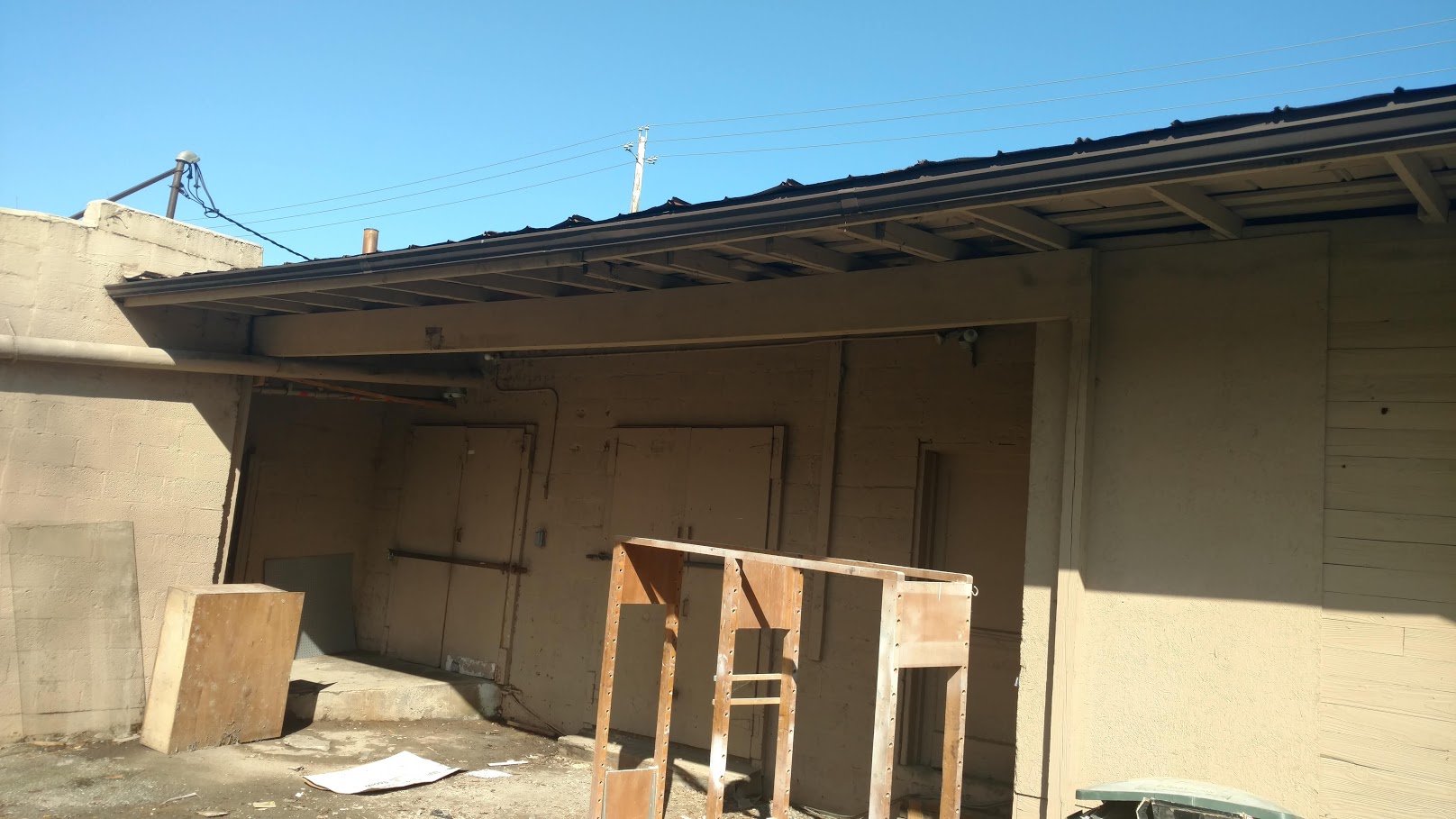 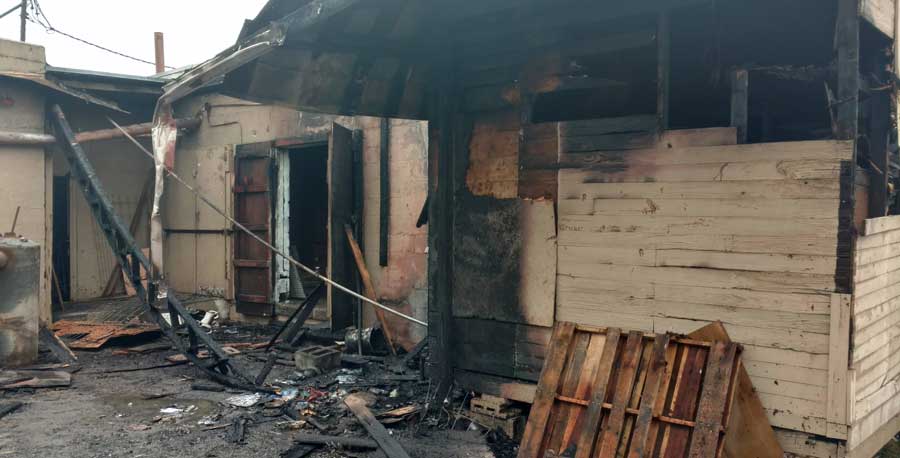 Fire! Just 10 days after we deemed the production building ready for use and filed for our occupancy permit, someone set it on fire. Praise God we hadn’t moved EVERYTHING over there yet but the loss was devastating even still. 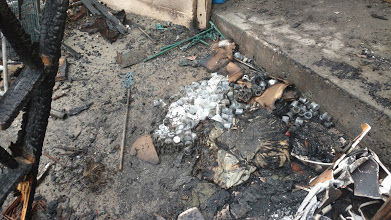 We started the daunting task of cleaning up all over again… in the dark… the fire burned out the electrical system completely. 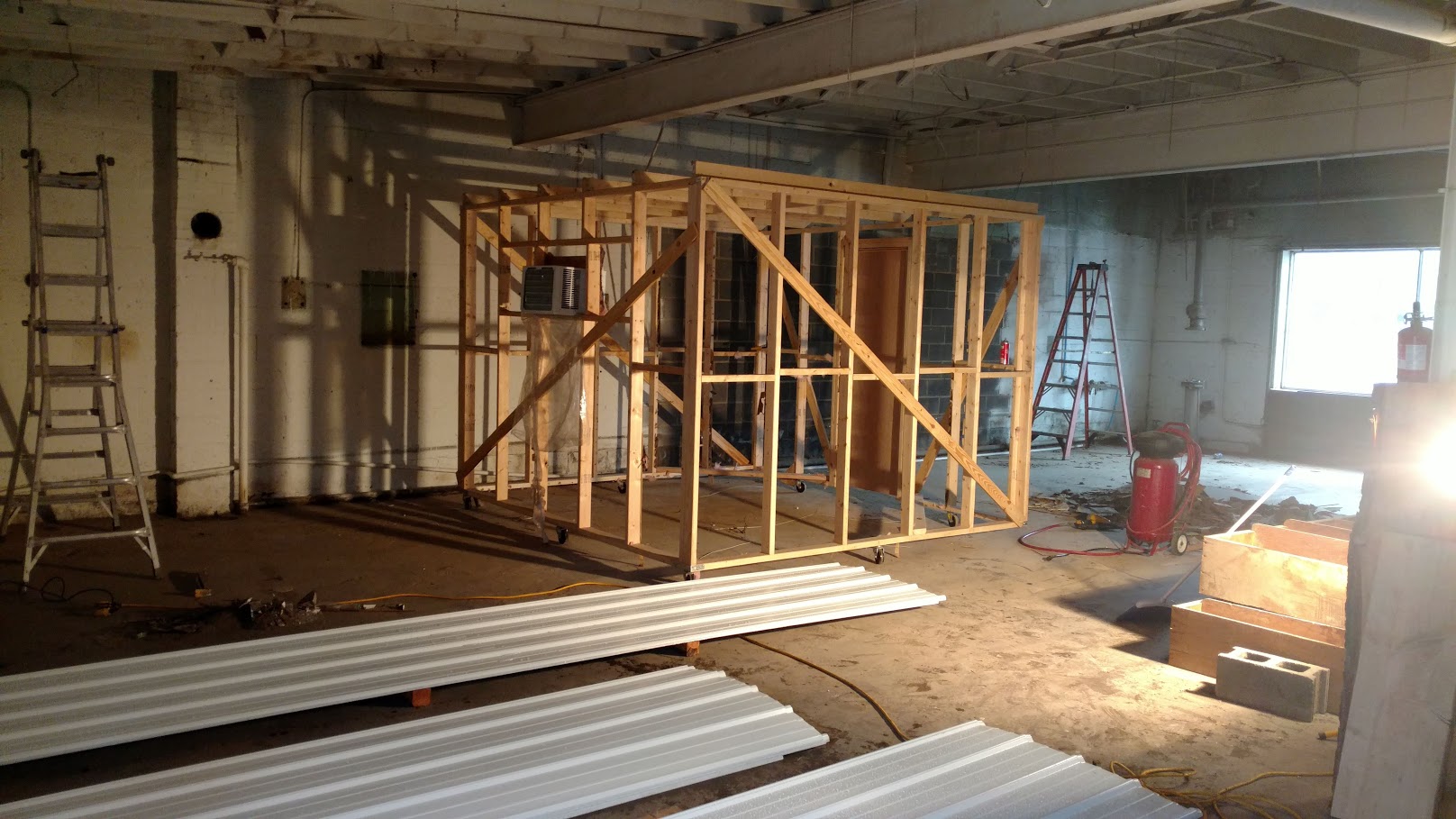 Mountains of debris were moved and we picked up the ashes of a year’s worth of work. 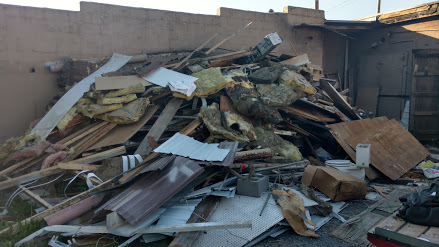 God was faithful and thanks to some amazing insurance allies and lots of help we were able to finally move production into our refinished space. (lights and all!) 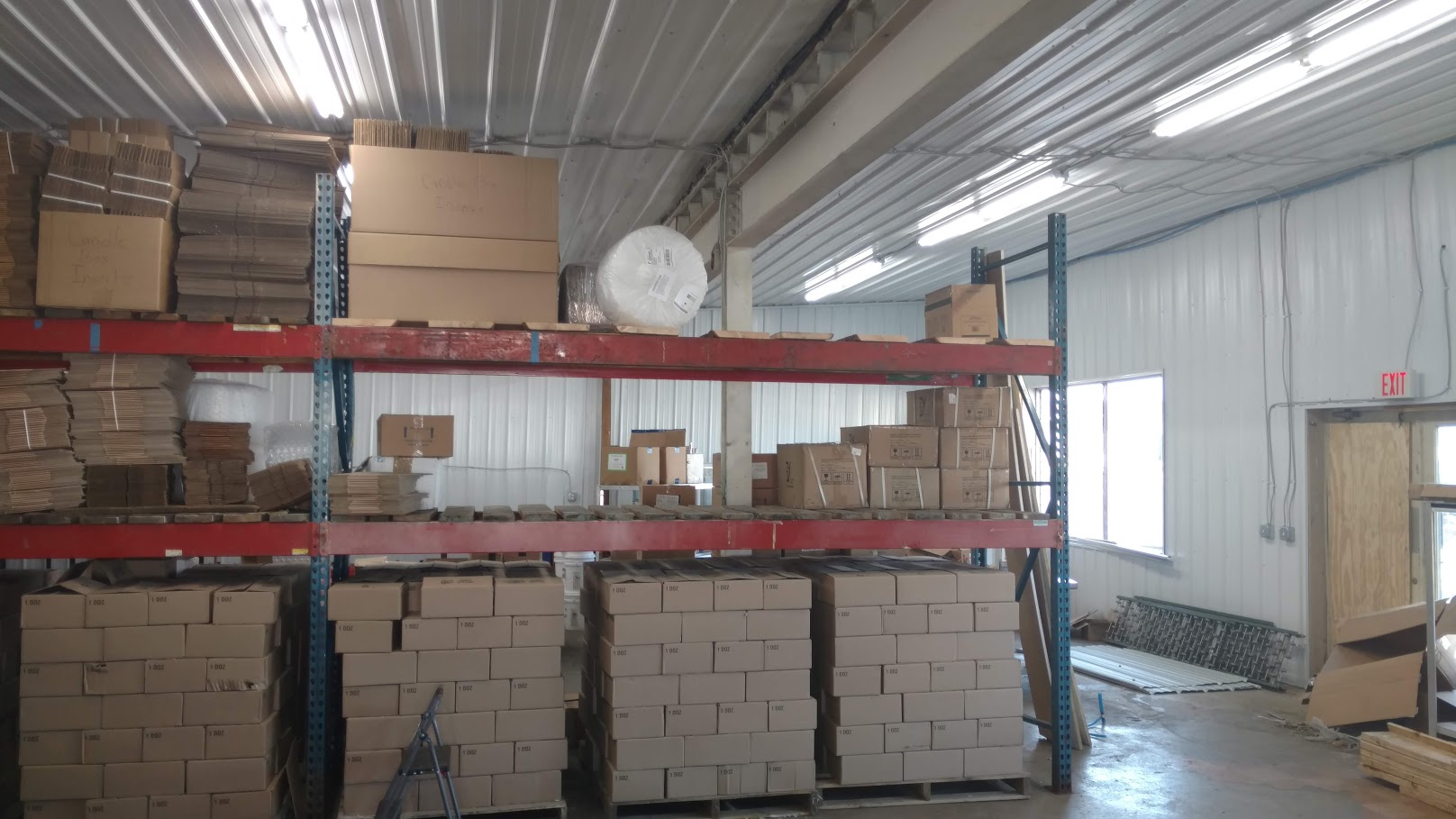 We turned our attention back to finishing out and expanding our little store front. We added retail flooring, custom shelves made from locally milled lumber,  and expanded the space to include the first two sections of the building for retail.

Little did we know 2020 wasn’t done. While we were moving mountains of ashes, a virus was making headlines in China. About the time we got the store interior decked out the world went into lock down. As a soap company in the middle of healthcare handwashing we were deemed “essential” and allowed to stay open, though the world looked like a ghost town. 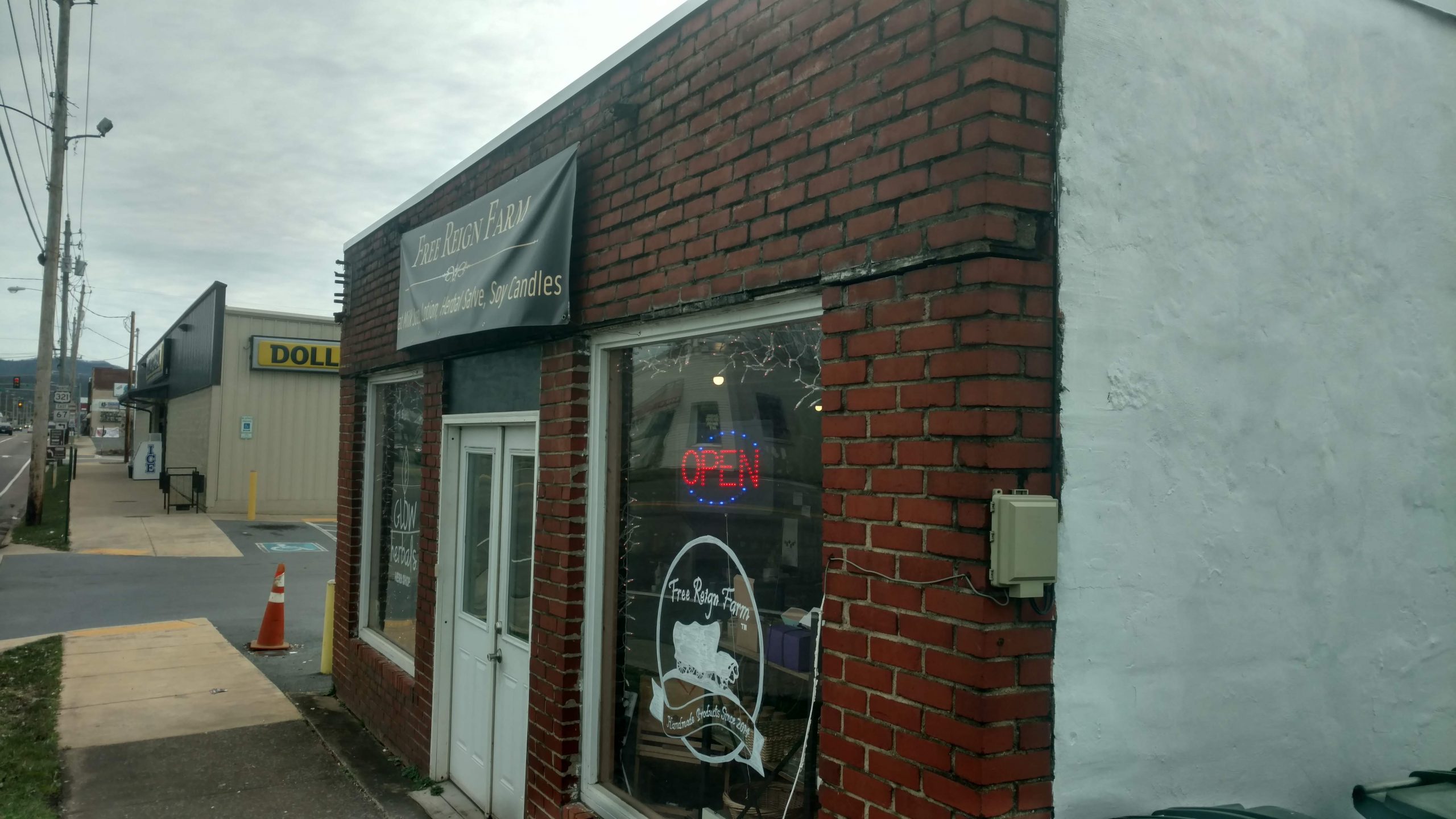 We watched farmer’s markets shut down, shows cancelled. Many of our small business friends suffered. We brought in other small business’ items to our store hoping to help. We heard from several people that they needed a commercial kitchen space to keep making their products and decided to press forward and try to offer hope. We developed plans to turn the back 1/3 of the building into a commercial kitchen. (And give the poor crumbling brick in the front a facelift while we were at it) 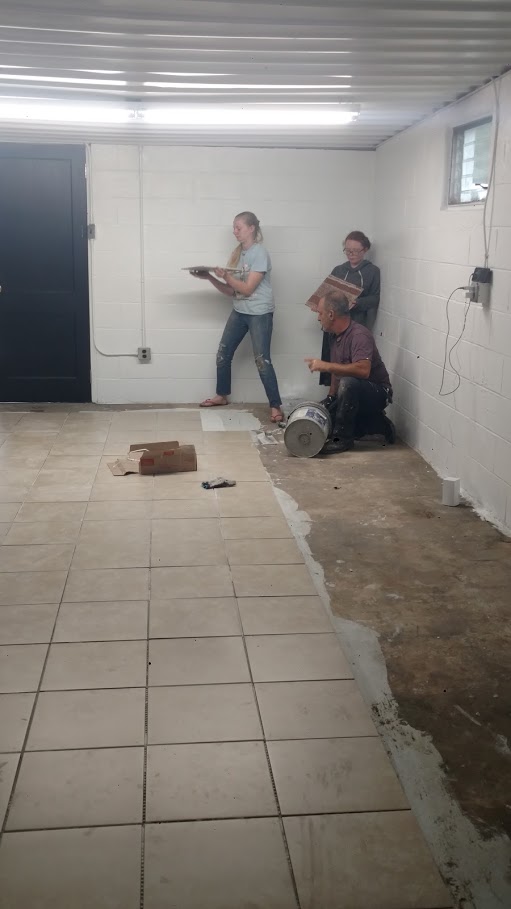 We called in more plumbers, electricians, painters, and the entire family learned to tile as we pressed on toward finishing the space. The front brick work got a much needed re-pointing job. 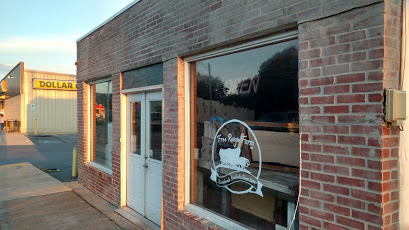 and ultimately a little “styling” 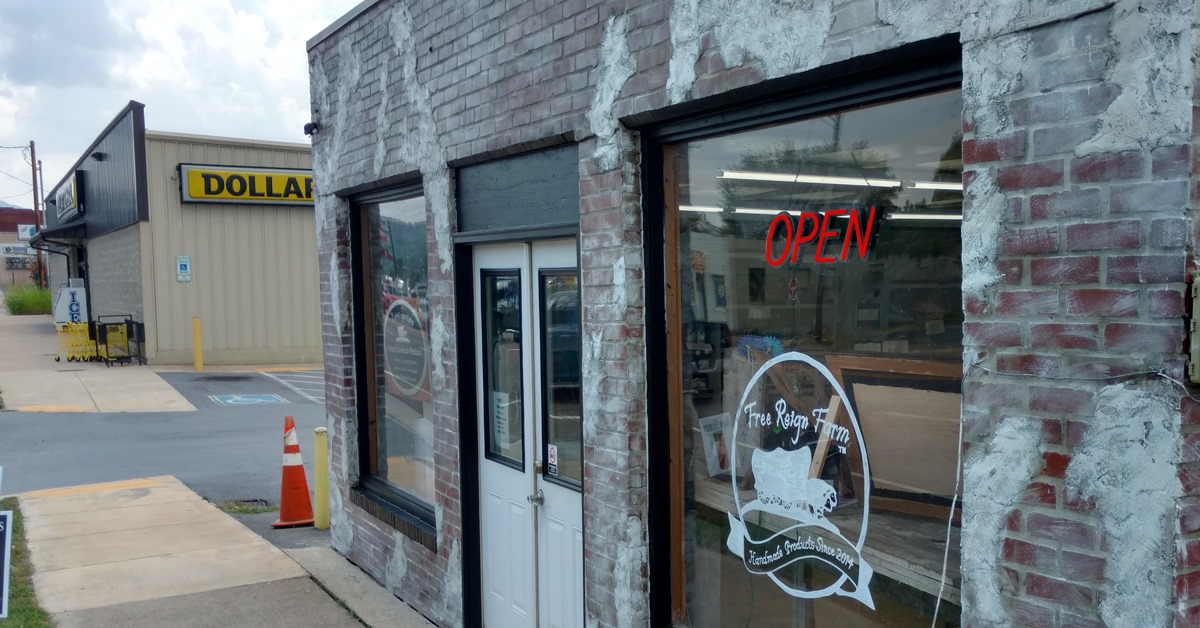 Just this July we finally passed inspection for our commercial kitchen… meaning we finally have a space that can be used by the community to help further their entrepreneur dreams and possibly even allow for some expansion in to Free Reign edible products… you just never know what might happen.

Our little building has a long history of things being done by hand to serve the community… from news papers, to hand printed wedding invitations, to handmade soap and candles, and now a collection of handmade, artisan things from the entire community. (With one really drastic remodel in between) I wonder if the lawyer would still ask us why… 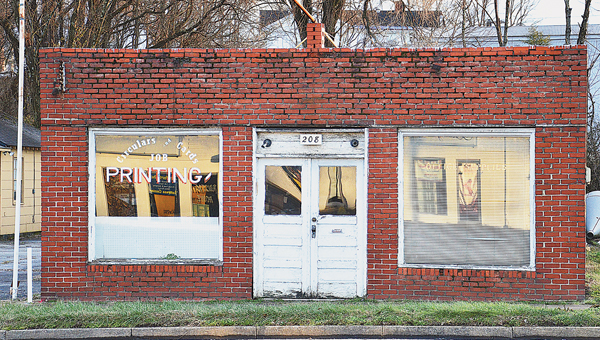